Barbados, Life and the Universe

Last night was a TV Dinner at Billie and Kathie’s. Tina had recently got back from a holiday in Barbados. She had spent some time travelling around and noticed that the bus stops had names. There was an Andrea and a Tina. Kinda cute.

Today I had a mid afternoon / late lunch stroll.

Looking up into the trees … the sky mostly grey.

Was it going to rain?

This was a philosophical kind of question. A “what kind of a universe is this that I live in” kind of thing. Where did I come from? Where am I going?

Every so often I have these kind of thoughts. Once in a while I’ve written about them. Here are some of todays musings.

OK. What kind a universe is it? What are the possibilities? Here’s three of a potentially infinite number.

Maybe it just happened. It’s just happening. We’re born. We live. We die. That’s it. A new series started on the BBC … Wonders of the Universe. The first in the series was Destiny. Sixty minutes of professor Brian Cox. 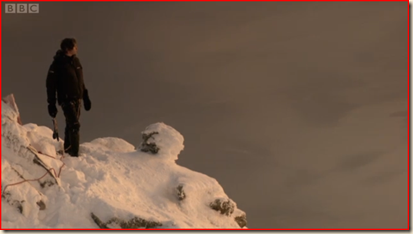 Having explored the wonders of the solar system, Professor Brian Cox steps boldly on to an even bigger stage - the universe.

Who are we? Where do we come from? For thousands of years humanity has turned to religion and myth for answers to these enduring questions. But in this series, Brian presents a different set of answers - answers provided by science.

In this episode, Brian seeks to understand the nature of time and its role in creating both the universe and ourselves. From an extraordinary calendar built into the landscape of Peru to the beaches of Costa Rica, Brian explores the cycles of time which define our experience of life on Earth. But even the most epic cycles of life can't begin to compare to the vast expanse of cosmic time.

For instance, just as the Earth orbits the Sun, the solar system orbits the entire Milky Way galaxy. This orbit takes a staggering 250 million years to complete.

Ultimately, Brian discovers that time is not characterised by repetition but by irreversible change. From the relentless march of a glacier, to the decay of an old mining town, the ravaging effects of time are all around us. The vast universe is subject to these same laws of change. As we look out to the cosmos, we can see the story of its evolution unfold, from the death of the first stars to the birth of the youngest. This journey from birth to death will ultimately lead to the destruction not just of our planet, but also the entire universe, and with it the end of time itself.

Yet without this inevitable destruction, the universe would be without what is perhaps the greatest wonder of all; the brief moment in time in which life can exist.

Now I’m told that actually time is due to end in a trillion, trillion, trillion … and a lot more trillions of years time. And time will end then because at that point nothing will be changing. And if nothing is changing then time isn’t happening. Obvious isn’t it.

But what about the other infinite universes?

I find this type of program a little infuriating in the sense that it answers no questions. Fair enough … it provokes lots of them which is great.  But the  blurb suggests that there are new scientific answers.

So … what did it say about where I came from and where I am going? A summary of the sixty minutes of science is … well … the universe started and it’s going to end. And the blame lies fairly and squarely with the second law of thermodynamics.

I guess this universe has no god. No meaning other than whatever meaning we choose to give it. It points in the direction of nihilism. I’m not sure that I would class this as a wonder.

Or maybe God made the universe? What kind of God? Maybe God made it to be fine and dandy. Maybe we messed it up. Maybe God is very pissed off at us. Maybe he (definitely not a she) goes to Westboro Baptist church. He hates America. Fags. Fag enablers. He’s not at all happy.

Hate and Hell. Served with a smile.

Perhaps its inevitable in one of the infinite universes?

But I think these people must have deep seated psychological issues.

I’m finding this surprisingly hard. To look at the smiling faces and read the words.

I’m finding it hard to not just conclude that these people must be sick in some way. Or maybe it’s that they are desperately afraid.

I guess what I think wouldn’t worry anyone much, since I’m pretty sure that the God that goes to Westboro Baptist church also would hate Andrea passionately.

There are other possible flavours to this God. Encapsulating the fears of a plethora of different groups on the extremist edges of  Islam, Judaism,  Christianity. To name just three.

Or maybe God is working out some kind of a plan … and maybe God loves people. Maybe there’s a heaven. And maybe it will all work out fine and dandy in the end.

But I guess the evidence is more than a little ambiguous.

My thoughts and feelings on this issue don’t affect whatever the reality is, I know. It’s either one, two or three or something completely different.

I hope, though, that it isn’t a Westboro Baptist kind of thing. Nihilism has a soft and cuddly kind of aura in comparison.

I don’t know what the truth is.

But, my thoughts and feelings over recent months have been influenced by Dani … or at least the book recommended by Dani … A New Kind of Christianity. Of which I’ve written before.

Whatever the truth is … there is something special about the term Christ like. Without needing to adopt a whole load of additional set of beliefs, doctrines or traditions.

Not a long long list of “thou shalt not” statements.

Things to be and do. Not things to not be and avoid.

I’m finding myself leaning more and more towards the though that the way that Jesus dealt with people … cared about people … is a good kind of thing.

In the days that I counted myself as a Christian I felt the same.

What’s different is that I’m moving towards a position where I can feel ok about that even as a not-knower. And beginning to be ok with the idea of learning to be more like the kind of person that Jesus was … or is … just because he was a good kind of person … without having to believe in the infallibility of the Bible or that God is against homosexuality. Or a million other things.

Even if the universe is meaningless. I think there is value in this.

It’s a bit like starting all over again. But without having to hide a whole load of gender issues. Being able to try to be like that and also be myself. Without pretending to be someone else.

There’s a song by Amy Ray called Shame on you. 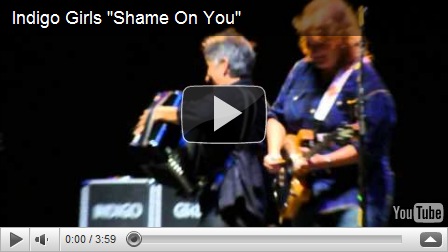 It includes the following lyrics:

“me and Jesus we’re of the same heart,

the only thing that keeps us distant

is that I keep fuckin up”

Whatever else is true, I think that is.

So glad you are coming to an understanding close to where I am about religion. Yes, being "Christ-like" is the ultimate goal for me--and that has nothing to do with rules and regulations. It has everything to do with how we deal with each other as brothers and sisters in the human family--even with those, such as the Westboro Baptist folks--who would scorn us as unworthy of God's love. They are wrong, of course, but the best way to show them their error is to treat them as we would want them to treat us.

Thanks Dani. I agree.