I arrived at about 19:15. Sam was already there. Mark and Vikki arrive soon after.

Some kind of an attack?

Whatever it is … it pierces ears.

The truth of the matter, I think, dates back to Sparkle in July 1012.

It was here, I think, that Tina and I received a free “Defender Cooper Torch” Personal Safety Alarm with Independent Ultra Bright White Torch with a 130dB Siren from members of the police force.

We have the black ones.

I think I would have preferred the puppy.

Mine is in a drawer. Still in its box.

Tina’s is attached to her handbag.

Well it had been.

It could have been Sam. Or Vikki. Or the table.

The alarm is on the floor.

And we are alarmed.

Andrea picks it up.

There’s a little hole at one end where a pin used to be inserted.

Now that there is no pin the alarm is doing its job quite effectively.

On the floor there is no sign of a pin.

Andrea takes the alarm outside and wraps her hand around it, wondering how long the battery on these things lasts.

Tina checks the floor near the table.

Wrapping a hand round the alarm makes it a lot less noisy.

But it could go on for a long time.

“Let’s take the battery out”.

Whatever else is in Andrea’s handbag tonight, there is no tiny little screwdriver.

But there in the corner of the yard is a stack of not so tiny house bricks. 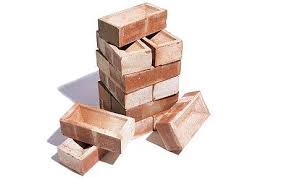 And soon, the alarm is no more.

Though it did take three weighty whacks.

We discover that silence is not golden.

But the silence is definitely welcome.