The breakfast is excellent.

Tina decides to wear boots for the morning.

I stick with the low heels.

I like the high ones a lot better. But I remember Sparkle 2008 and the sore feet that accompanied it.

Part way along Portland Street we are reminded of Billie … 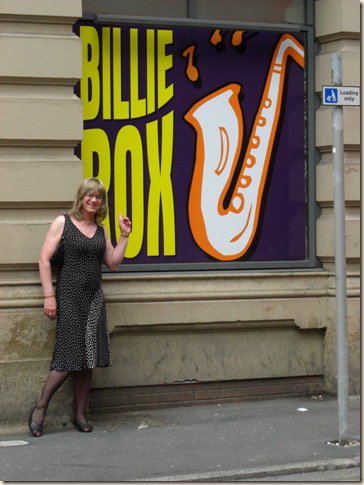 At Sackville Park things are beginning to happen. 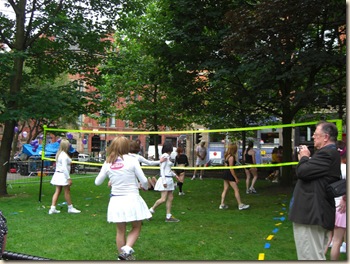 And we bump into Cindy … who I met at a Trans Femme party a year ago. 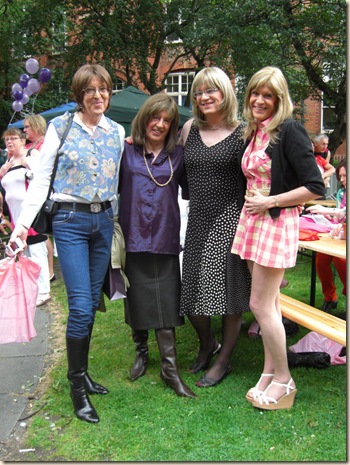 And the police presence: 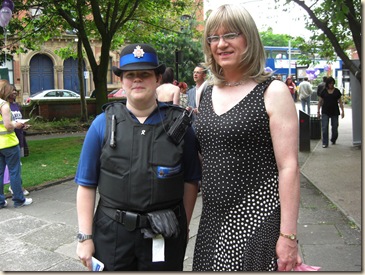 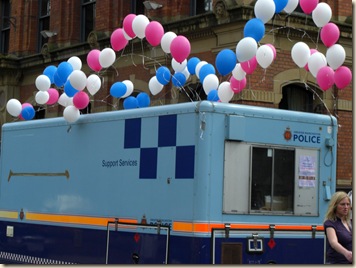 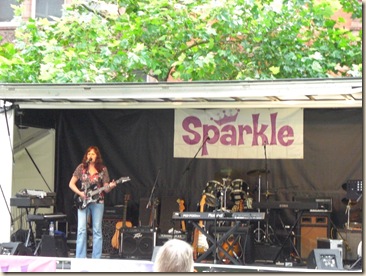 And all kinds of girls: 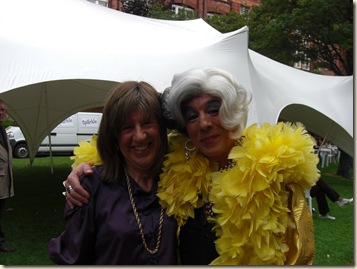 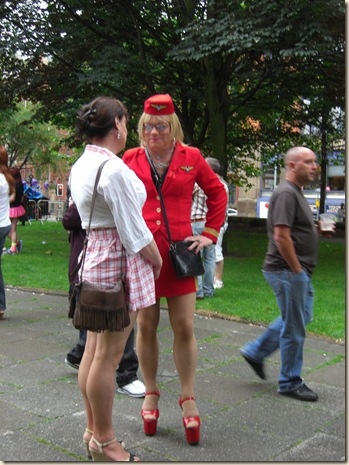 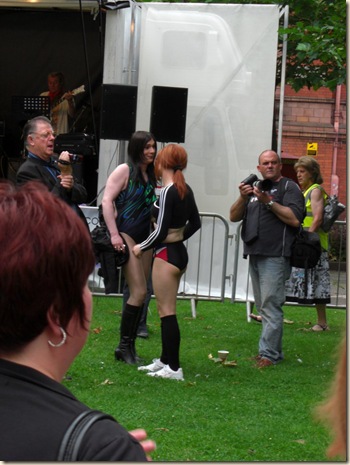 Then back to Canal Street for a little walk: 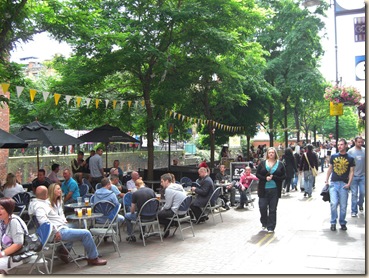 A couple of girls get up from their seats and ask if they can have a picture taken with us. There’s a whole family group … out relaxing on their dad’s 50th birthday. 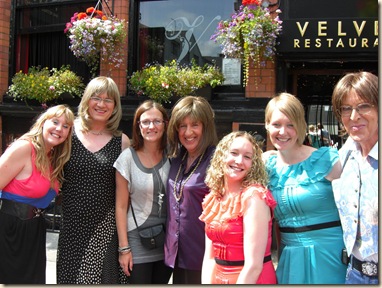 Really sweet, friendly people. We chat a while.

Then a coffee and we head for the “Self Defence & Staying safe  when out as a Trans Person” session at the Shang Hi Restaurant on Whitworth Street.

In fact, this was mainly Jae’s idea and I wasn’t so interested.

But, I have to admit, it was a really worthwhile hour.

A police trainer from Merseyside police force was leading the discussion, together with an officer from the Greater Manchester Police (GMP) force.

The police in the UK have had a lot of bad press recently.

But not all policemen are the same.

I know ….it’s obvious. But it’s easy to forget.

As the man from Merseyside said … a lot of it is obvious.

Given a choice … ignore people that have nothing better to do then hurl verbal abuse around.

He says that the best defence most people have is their voice.

Shout enough and most potential attackers will decide to find something else to do.

We learn a sure fire 100% guaranteed way of escaping from a wrist lock. It’s all about toes and nose.

There were many things that were said during the hour that encouraged me a lot. Some of the snippets:

I know, there are people in the world who would say that GMP are too worried about political correctness … that they should be investing more time in solving burglaries than with dealing with weirdo’s. There was a time when I might have thought this.

But, right at this moment, it means a lot to me that the police force are interested in protecting the right of people to be who they feel that they are. And really, that’s all that we want. Just to be ourselves.

I remember sitting at the meeting and being very moved. I felt that these people cared about people and that they wanted to make things change. And that in a situation where a transgendered individual is subject to abuse because of nothing other than their transgendered nature, the police will take the side of the transgendered person. This isn’t about political correctness. It’s about letting people live.