The BBC are currently showing a series of programmes entitled Human Planet.

It’s shown between 8:00 and 9:00 pm on Thursdays and, according to Wikipedia at any rate, is due for international release sometime soon.

The episode broadcast on 17th February was Grasslands.

Part of the program featured the Suri of Ethiopia. Keepers of cattle who take the protection of their cattle “to extremes”. They fight battles over cattle. Cattleherds must become warriors. Stopping at nothing to defend their herds. “I will defend my cattle with my own death. Cattle are everything to me. they’re all I’ve known since childhood”. Cattle are currency. Too valuable to kill. cared for intimately. One of the warriors fights an annual trial of courage to prove he’s got what it takes. Getting strength straight from his cows, by drinking their blood. It may look brutal … but it doesn’t kill them. 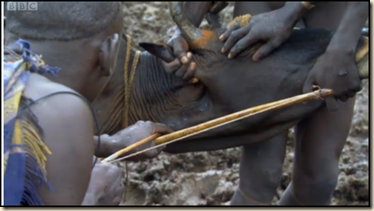 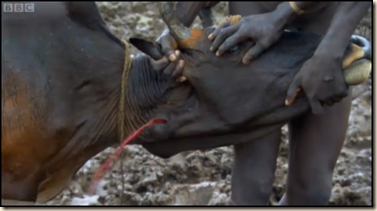 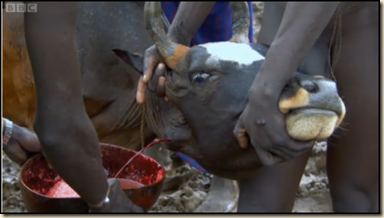 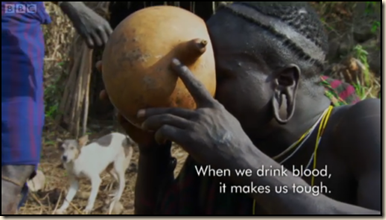 The ritual itself is named Donga. It looks like this: 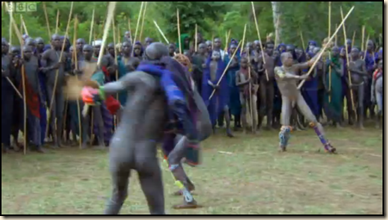 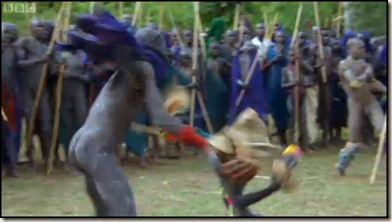 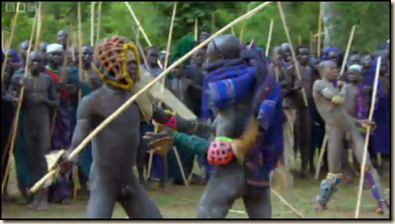 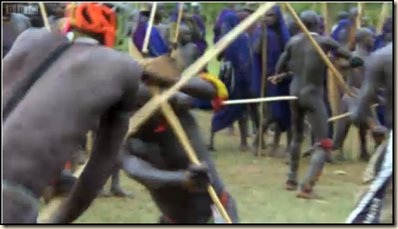 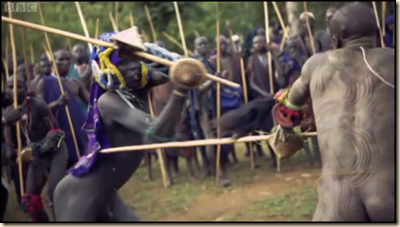 If you lose, it can look a bit like this: 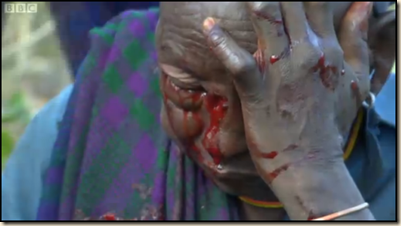 The thing I find a little strange about this is that there is a theoretical 9:00 pm watershed. TV stations such as the BBC abide by this. Before 9:00 pm, the theory goes, programs should be suitable for younger viewers. The sex and violence is toned down.

It seems strange to me that it’s ok to show cows being shot in the neck and naked men beating each other to a pulp with sticks before 9:00 pm.

But how about an in-love, monogamous, happily  married couple making love. Well no … of course. That would be pornographic. Wouldn’t it? And … if I posted pictures like that here I’d need to mark my blog to indicate that it included adult content.

I can’t help but think that it’s an ethically and morally strange kind of world that we live in.