As I mentioned here, my daughter Katie interviewed me at the BBC Radio Berkshire studios as part of The Listening Project.
A few days ago I received a CD from Graham McKechnie, who recorded the interview and also a couple of pictures that he took just after the interview was finished. 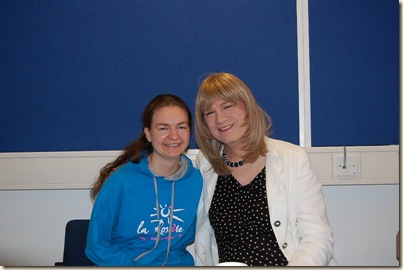 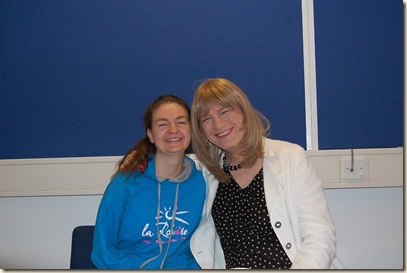 The interview itself is quite long. The questions range from things from what life was like during my childhood through to what it means to me to be a tranny and how Katie and her friends feel about the idea of a dad that also likes to be a girl. If you have the time then you can listen to the whole thing then here it is:


The abbreviated version that was broadcast by BBC Radio Berkshire is here: