Back in 2013 I lured Tina into the The Winter Gardens and we received Wolf Whistles. In 2014 Tina lorn'd hoo te speak Geordie, courtesy of Malcolm.

Though, maybe it would be more accurate to say, Tina tried te worrk oot what a Geordie wez saying.

The Harrogate weekend is organised by Kay and Irene West.

It usually happens twice a year at the Cairn Hotel in – you guessed it – Harrogate.

This is Harrogate weekend number  13th.

This is the plan for the weekend: 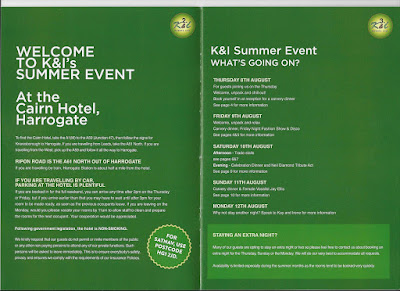 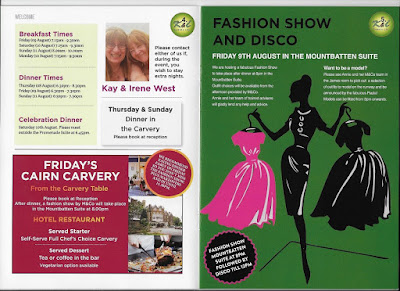 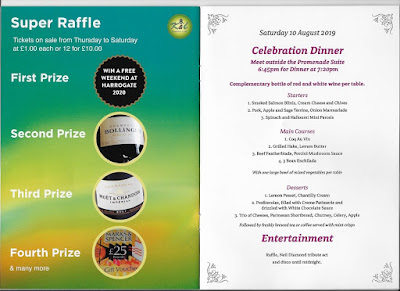 Having decided that one suitcase wasn’t going to be quite enough she succumbs to the temptation to actually try to fill them both.

It has something to do with the six pairs of shoes and all that makeup.

It’s strange how this girl takes twice as much stuff for 4 days in Harrogate as the guy took for a four-week trip to New Zealand.

Post-packing there is the nail polish. Two coats of Barry M Siren (823) with a pre basecoat and post topcoat thrown in.

Come Thursday morning it’s time to make up, even though she hasn’t fallen out with anyone. All in all, an unrushed hour and fifteen minutes and she’s ready.

Tina arrives and makes up, without falling out, and changes. Then they are on the road.

A brief fuel stop, and the trip begins.

At various places the girls say hello to some of Eddie’s girls.

At Watford Gap, that icon of British motoring history, it’s time for a visit to the conveniences and a cup of coffee.

A while later, somewhere along the A1, Andrea needs to spend another penny

Relief is soon in sight as an Esso petrol station complete with Burger King, Gregg's and the Doncaster Travelodge appear on the horizon. 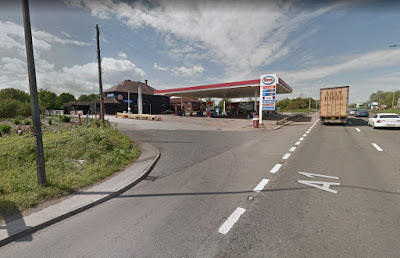 The car park is out back.

“I’ll be back in a minute”. Andrea heads towards Greggs and Burger King and steps inside.

On the other side of the door Andrea realises that she’s been a bit over optimistic.

Andrea comes in at number five. 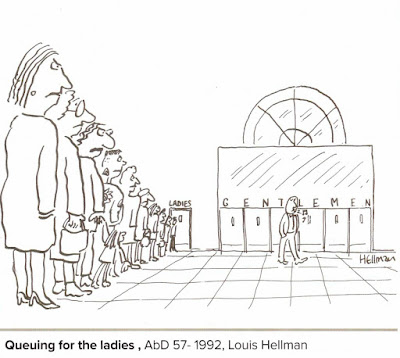 The door to the right apologises. 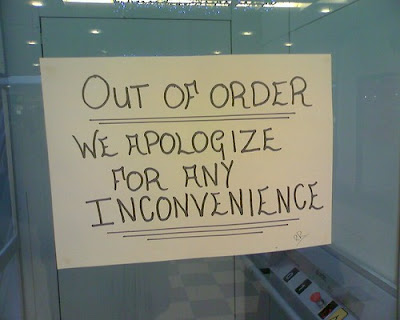 Ahead there’s another door, introducing itself as: 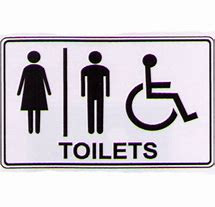 The line of ladies waits patiently.

Andrea slowly and quietly steps from one foot to the other. 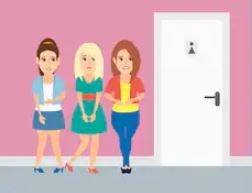 Two men walk past the line, through the door and turn right.

The resulting kerfuffle abates as the leader of the line points out that that through the main door and to the right, the door is: 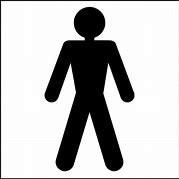 To the left is: 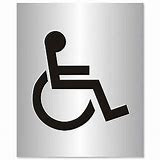 And between the two: 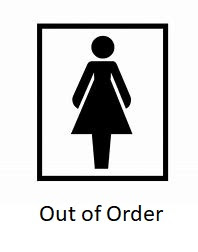 No wonder there is a Q to P.

The line shrinks by one.

At least the part of the line in front of Andrea.

Behind, it’s grown by two.

Two men exit the door on the right. 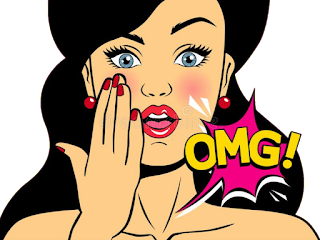 The leftmost door opens, and the line shrinks again.

A man exits from the right.

A girl takes a chance and heads right.

The Gents temporarily becomes a Ladies.

Andrea smiles at the instant transition.

A little over twenty minutes after the infamous “I’ll be back in a minute”, a relieved Andrea emerges, and the journey continues.

At the Cairn there is plenty of room in the car park. 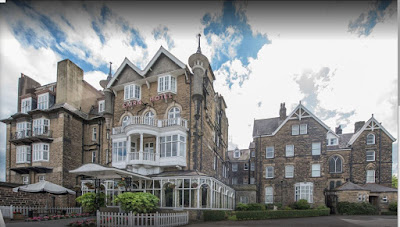 Kay and Irene greet the newcomers who aren’t newbies, knowing who they are without having to ask.

After unpacking it’s a Malthouse and a Black Sheep in the bar. 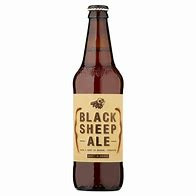 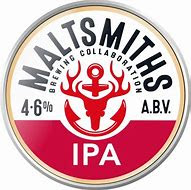 The weather forecast for the weekend is somewhat grim.

But Friday starts of dry. Providing an opportunity to walk into town to stock up on supplies of foundation and liner at Superdrug.

And a predictable detour to the Winter Gardens for a tipple of stout. 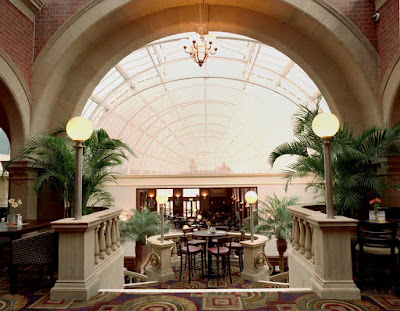 A wasp says hello to Tina and decides to go for a swim in her drink.

Wasps seem to have a thing for Tina.

It was only a week or so ago at Surrey Swans that another wasp did exactly the same thing.
The wasp sips stout and swims as Tina goes off in search of a teaspoon.

Back at the Cairn there’s opportunity to relax and chat with folks. 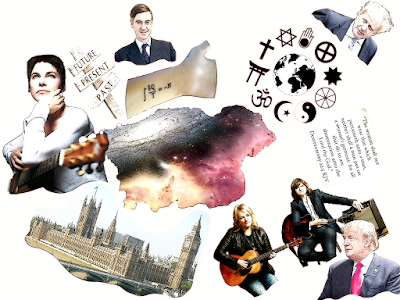 We talk about where we are at.

Where we have been.

Where we are headed.

The second law of thermodynamics.

Deuteronomy (as in the Bible rather than the practical cat).

Not everyone agrees with everyone else.

But there's certainly more makeup than there is breakup in the air.

Followed by the fashion show,courtesy of M & Co) and disco.

The star model is Kay, who enters stage left complete with a Vax vacuum cleaner and a rendition of “I want to break free”.

Saturday starts off dry but is going to get wet.

“Things to do in Harrogate when it’s raining”.

And it’s a trip to the Mercer Art Gallery. 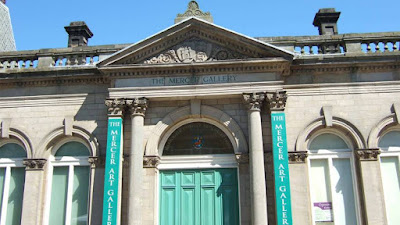 Tina, Andrea and the occupants of another car spend a surprisingly long time to work how much it costs to park a car on Crescent Gardens.
They then find out about William Powell Frith: The People’s Painter - with more about him here and here.

Tina and Andrea have never heard of him before, but both enjoyed the exhibition very much.

Next a drive to Beningbrough Hall, Gallery and Gardens.

There’s a chance to find out all about:  Yorkshire! Achievement, Grit and Controversy.

“From Jodie Whittaker the new Doctor Who, to the notorious Gunpowder Plot conspirator Guy Fawkes, discover the faces that have helped create the reputation of Yorkshire. Who would you include to demonstrate the county’s reputation?”

Hidden amongst the exhibits are little gems such as “Put wood inth ‘ole” and “On Ilkla Moor Baht’at”.

And here’s the song . With a fair few “On Ilkla Mooar baht 'at’s” omitted.

Tha's been a cooartin' Mary Jane

Then us'll ha' to bury thee

Then us'll all ha' etten thee

That's wheear we get us ooan back

Andrea wonders if they still sing this in music lessons at schools.

Back at the Cairn there’s a chance to chat and get ready for dinner. 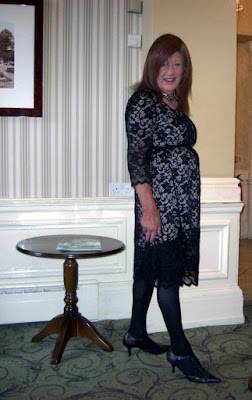 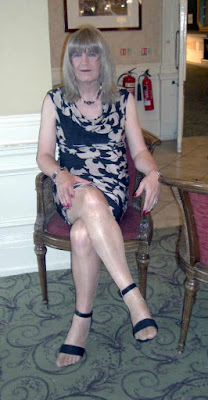 Andrea takes a break and phones home to say hello to Sally.

“Does he sound a lot like Neil Diamond?”
“Maybe. But I have no idea what Neil Diamond sounds like.”

Tina confesses to being not so sure either.

Oddly, the best part from a dancing perspective anyways, is a series of non-Neil Diamond songs sung in a Neil Diamond style.

Having danced the night away with swaying señorita’s (or, in the case of T & A perhaps that should be señiorita’s) its off to sleep ready for breakfast and the journey home on Sunday