A thing I forgot to mention that happened on Friday afternoon as Tina and I were walking along Canal Street. A girl stopped and asked if I could help tie the shoulder strap of her dress together … her partner was standing there looking a little helpless … she said he was useless at that kind of thing. We talked a little while and the shoulder strap was fastened in almost no time.

It’s kind of nice how some girls just sort of accept us as girls.

The plan is to breakfast at Weatherspoons – we just have to get there by mid day.

Laura and Billie say they’ll meet us in a while.

We’re just about finished eating when we discover that Billie and Laura maybe drank a little more than we thought last night.

“Hi Andrea. Err ... which way do you turn when you leave the hotel to get to Weatherspoons?”

“Turn right … walk a hundred yards or so and it’s on the right.”

Just a few minutes later they arrive. We head for the Arndale Centre to do a little shopping.

We wander around Primark a while. Then H & M. 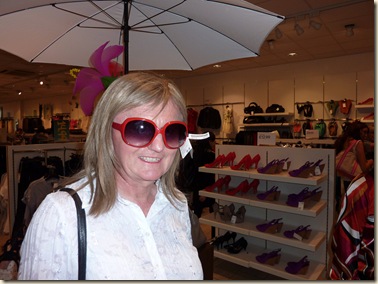 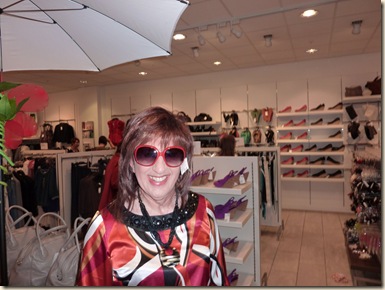 There’s a man walking from side to side across the paved area.

Condemning all kinds of things.

The term Sodomite is included in what he is reading.

And he’s not saying anything nice.

At first I walk on by.

But I can’t go on just leaving what he is saying unchallenged.

I walk towards him … but his head is in his Bible so I don’t think he sees me coming.

I put my arm around his shoulders and say … “Brother … you are wrong.”

“Do you believe that God is Holy?” he asks me.

“If God is there … I think He loves people more than you give Him credit for.” I reply.

“But do you believe that God is Holy?”

We only talk for a few moments.

I guess that to him, Andrea is just as much an abomination as as the sodomites that he has been reading about. Though he doesn’t say this, and he doesn’t look appalled.

There are people standing close by.

I ask if they agree with what he’s saying.

They say they find it difficult to see how God could cope with such people in Heaven.

To some extent I feel that I know where the preacher is coming from.

There was a time … a long time ago … when I stood in front of a microphone in the Town Hall Square in Rochdale and gave Bible Readings and little sermons.

The emphasis though was, I think, on God’s love rather than His judgement.

But I know that the preacher was doing what he thought was right.

I guess that he believes that TV’s, TS’s, gay people … the unconverted … are travelling along the wide road that leads to Hell and he wants to help rescue them.

He’s doing what he does because he cares.

But, I believe that the place that he is starting from is wrong.

We passed by a little later and I took a few pictures. He smiled and said he hoped that I’d caught his good side. Actually, it’s hard to find a good side to what he was saying. There he is on the right. 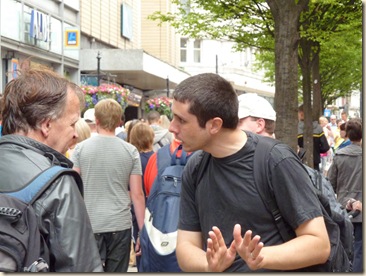 I don’t feel angry at him … though I do feel sad.

I’m glad that not all Christians have the same overly narrow minded view of God. There are churches that accept Gay and transgendered folk.

In trying to work out what passage he was reading from I Googled around a little. There are a lot of people with views that are, to me at any rate, appalling. Truly appalling.

In a strange way, though, the event is somewhat liberating for me. I’m past the stage where I feel that as a transvestite I’m compelled to fade into the background. Little by little I’m gaining the confidence to just be myself … and … if need be … to assert to other people that I have the right to be myself.

Having said that … it was a safe kind of environment to do. He may have had problems with accepting gay people’s right to be gay … but he was hardly likely to start being abusive or violent. There are other places and times where it is better not to be noticed.

We pop into Evans … a girl wanders over to us and asks “Is Sparkle this weekend?”

Well … we certainly aren’t hoodwinking everyone into thinking we are girls.

We have a nice little chat with her.

Next stop is a cafe for a bite to eat for Laura (who had not had breakfast) and coffee, Sprite or water for the rest of us.

Tina is on the lookout for some perfume so we begin searching for a Boots store.

A girl walks towards us … “Hey girls …. you all look great!” she smiles.

She tells us where to find Boots … just out the exit and across the street.

Slowly we meander back towards the Canal Street area and head for Sackville Gardens, where the afternoon show takes place.

We take a look around the various stalls. Several Police forces are represented: 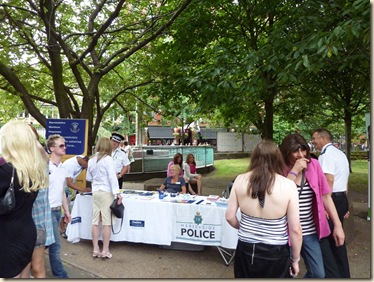 A lady at an NHS (National Health Service) stall asks me if I’d mind answering a few questions. They’re collecting information about transgendered people’s experiences of the NHS. So I answer some questions.

Lots of people seem to be selling wigs. A few are selling boobs. Cosmetics. Clothing.

At one stall a girl says “We’ve changed the prices … everything is just £1. Well … everything apart from me. I’m 50 pence” she winks.

There’s music … January is the only non TG performer. Here she is with the Pink Punters bus in the background. 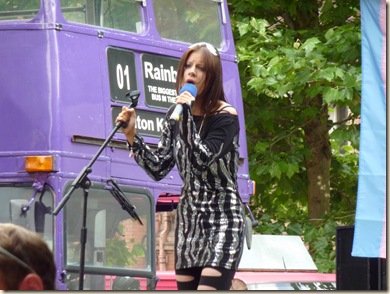 We head for Eden again … there it is in the background to the left, with Tina in the foreground. 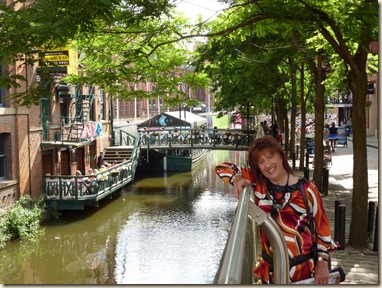 And again, with Andrea in the foreground: 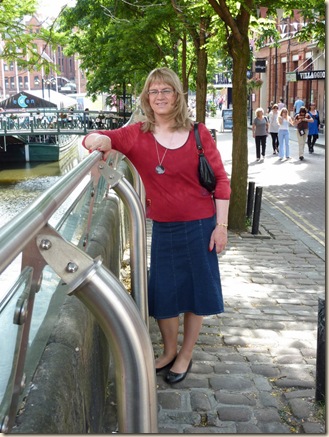 A few longboats sail down the canal … stopping to pass through the locks. 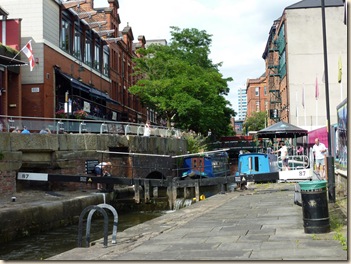 I just kind of rested up against a lock gate. 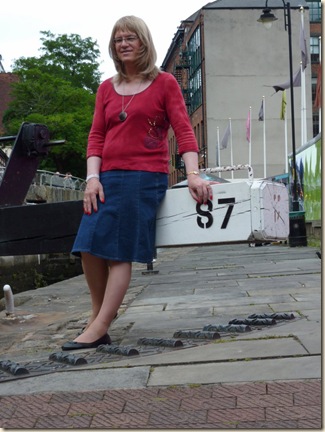 And then back to the park to watch the Tranny of the Year presentation.

And here you go … a bit of January singing and Tranny of the Year: 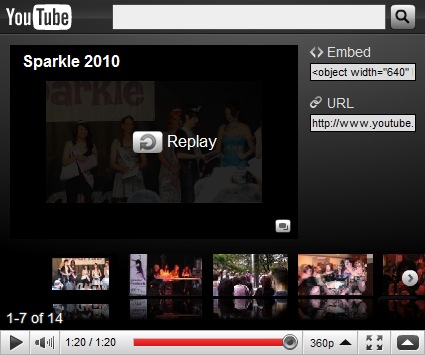 It’s a little curious that there is a sign at the entrance to Sackville Gardens explaining that you had better not drink alcohol in there.

Today, of course, as well as representatives from three police forces there is also a bar and the alcohol is flowing. But not much sign of anyone getting drunk.

Eventually Tina and I head for the hotel to get changed for the Sparkle Ball.

As we head in we meet Laura and Billie who are two hours early. They head for the bar. We head for the hotel room. 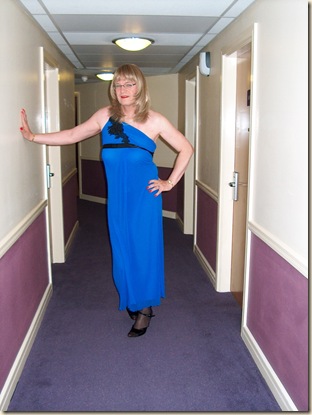 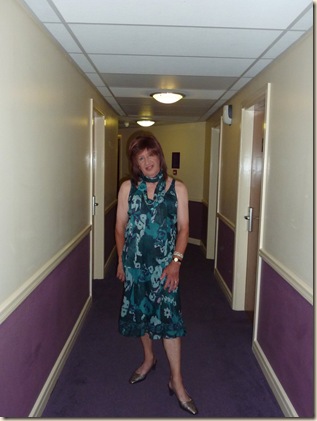 The receptionist telephones for a taxi … it’s not actually very far to where the Ball is … unless you have heels … then everywhere is very far.

The taxi arrives within a few minutes and here we are a little later: 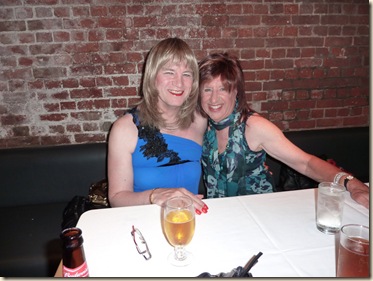 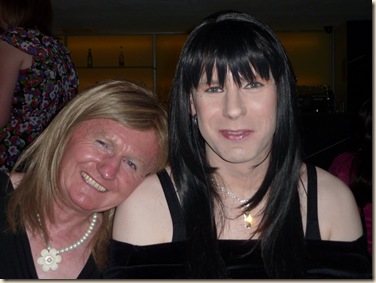 And a passer by: 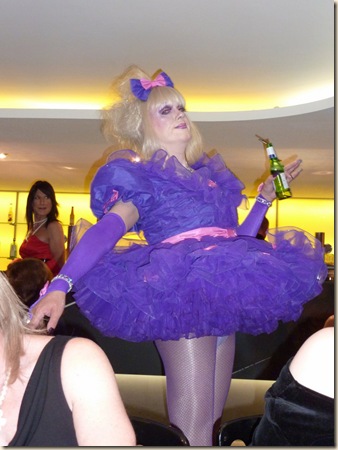 And eventually we head back towards Canal Street … rather slowly and carefully and call in at the Via bar for a couple of drinks.

And all to soon it’s time to wash the makeup off … sleep … and be a guy again.

I did enjoy the weekend a lot.