Last Friday night Tina and I ventured out to Candy Girls.

Tina arrived at my place at round about 9:00 pm. We were both pretty much ready … so a few pictures and then we were off. 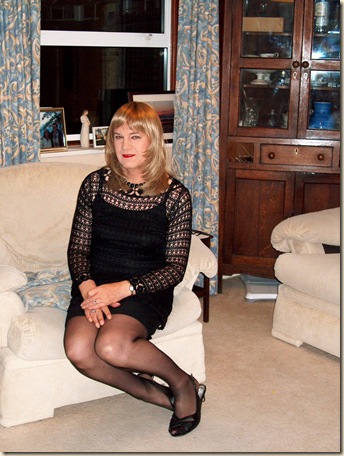 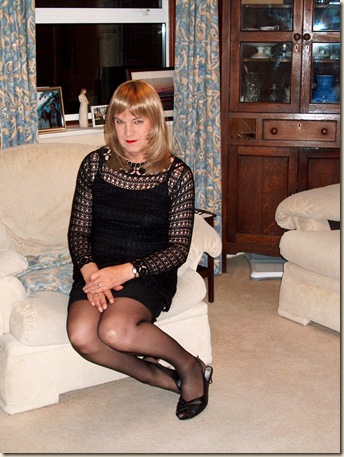 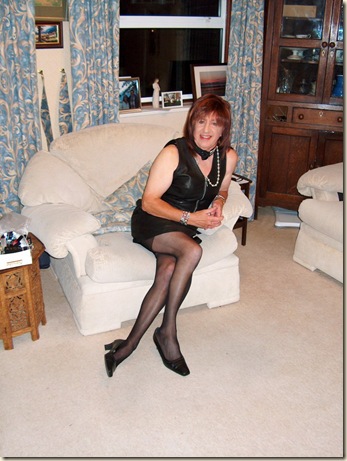 The were just two little complications at the beginning.

First I needed to get some cash … so we stopped off at the cash dispenser at the local Tesco store. It was a little after closing time so it was pretty quiet and no one paid any attention.

And then … drat … I had put a bottle of wine in the fridge to take along and managed to forget all about it. So we stopped at the local wine shop and I paid them a visit. Candy Girls don’t sell alcohol but are happy enough for people to bring some along. Tina was driving … but I wasn’t … so the wine sounded like a nice idea to me at least

It being Tina’s car we listened to Radio 2 rather than Indigo Girls or While and Matthews … though roles were to be reversed the next day.

It’s a reasonably short and straightforward 30 minute drive to get to Candy Girls.

There’s plenty of parking and we were made to feel really welcome as soon as we walked through the door.

Although we hadn’t expected to meet up with anyone in particular, we’d hardly been there any time at all when we spotted a few friends … Nikki included! Cat and Julie were also there … friends that first met at a Trans Femme party a few years ago and also at candy Girls once before.

We spent a fair bit of the evening chatting and toured the premises taking a few pictures of the women. 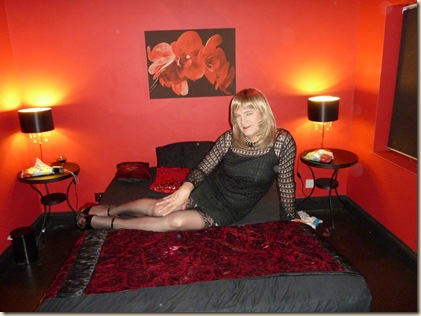 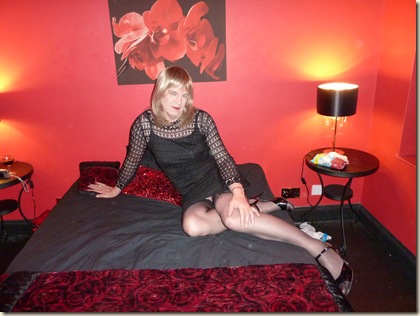 Nikki said I looked great in this one … no face: 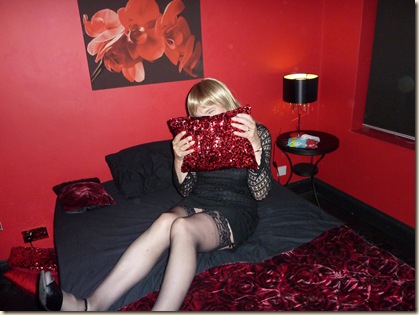 There were, of course, consequences for such wanton remarks: 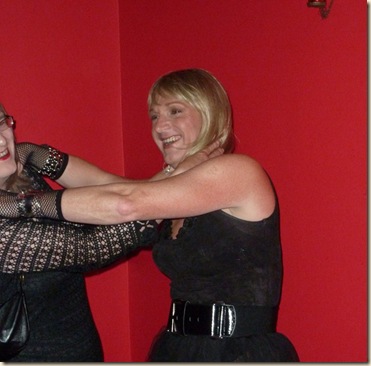 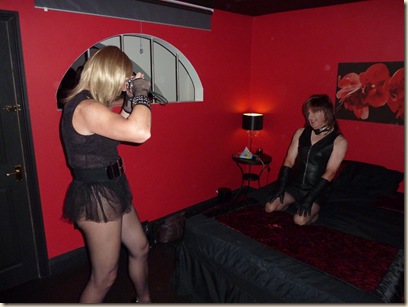 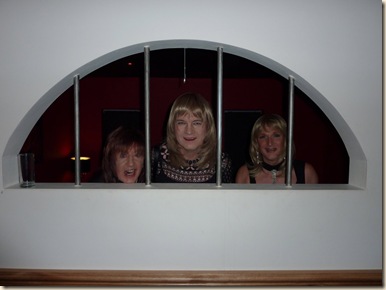 I was framed … honest … Julie took this one: 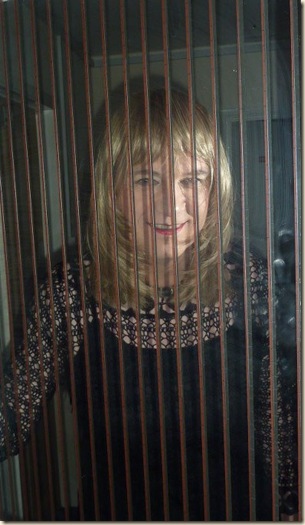 And we just dropped by the … err … well … the dungeon for a few minutes. Nothing naughty. We just hung around for a while. 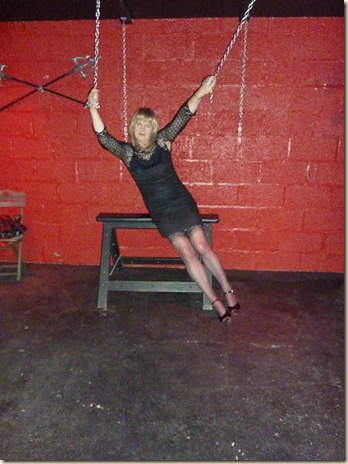 I know … I need an armpit repair: 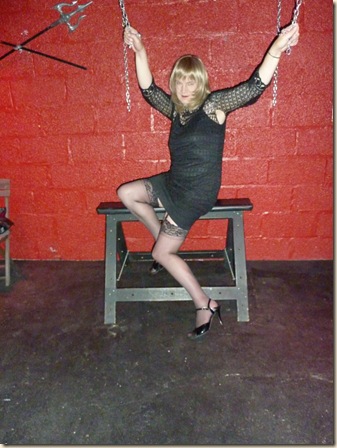 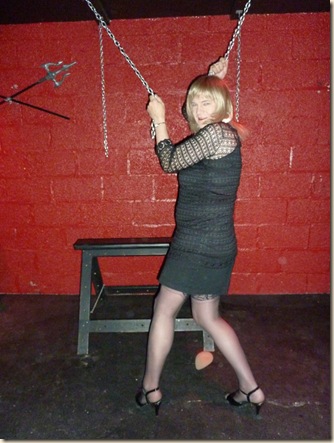 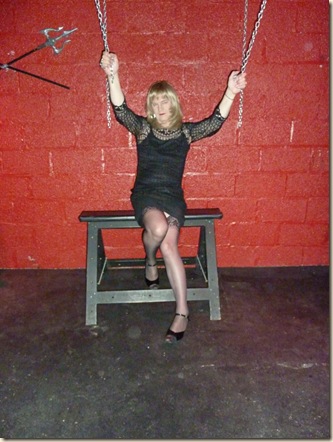 Roberta the club photographer checked with us if it was ok to take a picture. When I get to see the picture I’ll post a copy here for posterity.

A little while later we were visited by another photographer … same camera … and it will be put on the same web site I believe. The new photographer was about the poses … so it’ll be interesting to see which of the two pictures is most perfect … or least imperfect perhaps.

The short drive back … a glass of wine for me … coffee for Tina (ah no wonder she didn’t sleep so well). A little Chris While and Julie Matthews.

This is the song bit.