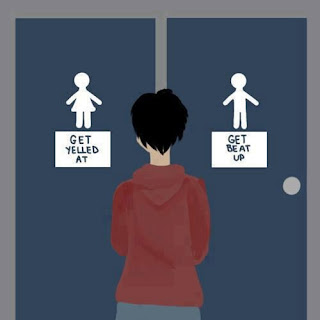 On Monday 16 September 2019 the trans story at the top of the Google News list is headed: Trans children to get sex education with gender they identify with at Metro.
It's a report based on what claims to be a leaked report from "the Equality and Human Rights Commission (EHRC) and seen by the Sunday Times".
No links are provided either to the Sunday Times or the EHRC so it doesn't make it easy to validate what it says.
According to Metro "The document also advises that trans boys and girls be allowed to participate in personal, social and health education lessons with the gender they identify with."
So far as I'm aware there are schools that already teach subjects like "sex education, social and health education" to mixed groups of boys and girls.
There's an article here: https://pubertycurriculum.com/sex-education-in-elementary-schools-gender-segregated-or-coed/ which looks at the pros and cons of segregating boys and girls during such classes. And another here: https://www.psychologytoday.com/gb/blog/protecting-children-sexual-abuse/201802/should-boys-and-girls-get-sexual-education-separately that discusses whether boys and girls should be taught separately. And another here: https://www.washingtonpost.com/lifestyle/2018/10/19/why-we-shouldnt-be-separating-boys-girls-sex-ed/ So far as I can tell all the authors are non-trans females and don't seem to have any axes to grind. All of them seem to be saying that, on balance, they think that the classes should be mixed rather than segregated.
Metro quotes a "campaigner" named Tanya Carter as saying: "What use is it to that pupil to learn about periods or breast development? No one is asking the girls whether they would feel happy with a trans pupil in that group."
To be honest I think boys should know about these things. Talking about it in a classroom environment could provide a way of allowing children to see that the topics aren't shameful or taboo and help each other understand each other in a better way.
There are other more contentious issues that relate to pupils sharing things like:
My take on this is that schools shouldn't actually expect any pupils to undress in any shared space - even where the children are all non-trans and of the same sex. Changing rooms and bedrooms should be private spaces.
Sports are more complex. There are debates about unfair advantages that trans-girls would have over cis-girls (i.e. non-trans girls) in some sports.
If sport in school is seen as a solely competitive activity I can see this as a problem. In terms of sport being a great way of encouraging physical activity and a healthy lifestyle I'm not sure that there need be a problem. Whatever problem does exist here is probably more one of competitive fairness rather than safeguarding. In school sport it needn't be an issue unless we want to make it one. In adult competitive sport I'm not so sure. But the Metro article is about schools so I'll leave the extended debate for another day.
There are also some points made in the Metro article about using a trans-child's preferred name and pronouns.
My own view on this is that anyone that can't be respectful enough to use names and pronouns in this way perhaps should look for a job where they don't need to use pronouns or peoples names.
By Andrea at September 18, 2019