On being somewhat less than 100%

The post at http://andrea-wright.blogspot.com/2009/05/street-brummie-and-bisexual.html provides some background on these musings.

Maybe it depends on how we define the terms.

Maybe masculinity and femininity include personality traits and preferences as well as genetic sequences.

Maybe there are a lot of “less than 100 percent-ers” around.

Maybe I am one of them.

Maybe the proportion of masculinity and femininity within a single person can vary as time passes.

Maybe it moves back and forth, even over short periods of time.

Maybe there is no hard, fast link between femininity, masculinity (gender) and sexuality.

Maybe a person can be:

Maybe the terms gay and lesbian would only have real significance in a world occupied by 100% men and 100% women.

Maybe you are getting a sense that to talk percentages is maybe to talk bullshit. 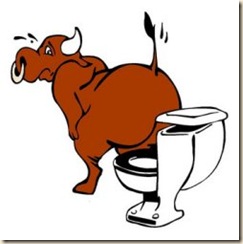 Maybe people who most loudly proclaim I am 100% are sometimes those that are most afraid that they aren’t.